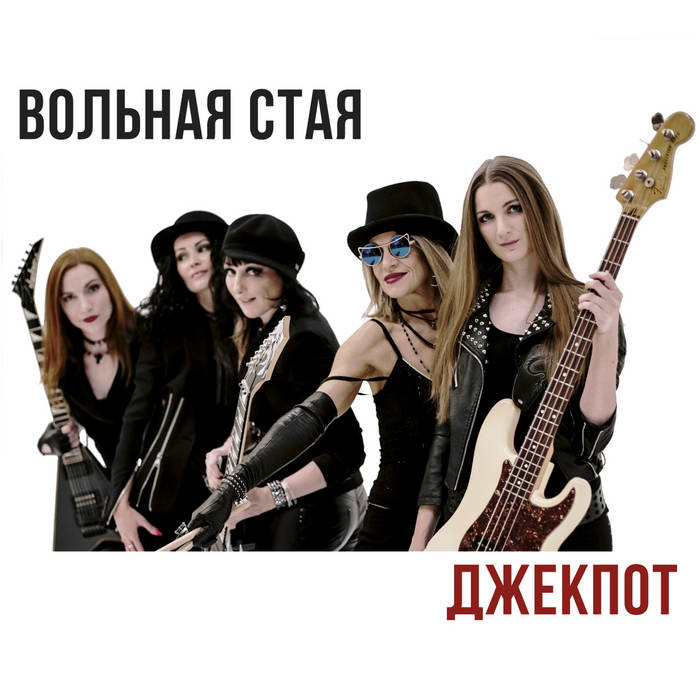 Incredible, but there were just very few all-female metal bands in Russia since the heyday of domestic heavy metal movement back at the end of the 1980s. Or, maybe, there was more of them, but on such an underground level, that nobody took notice. But Moscow quintet Volnaya Staya (Free Flock) have stood miles and miles away from the very word “underground” since the day one. Never since the success of once-sensations, namely Markiza and Primadonna bands from the late 80s have we had found a truly professional all-female metal band on a national stage or, more specifically, Moscow stage, until formation of Volnaya Staya.

The very idea of Volnaya Staya was the brainchild of well-known Moscow guitar player and producer Alexey Strike, whose guitar can be heard on many records of such Russian metal bands, as Sabotage, Master, Piligrim, and Arthur Berkut as well as his own project called simply Strike. And what a simple idea this was: 1. Modern-day Russia really needs fine all-female metal band, and 2. Such a band should have a truly professional line-up in every sense of the word. So, it’s nothing strange that Volnaya Staya’s musicians were personally handpicked by Alexey from a vast list of candidates. But even well before the studio work started, one of the guitarists left the band, and was replaced by true virtuoso Natalia Terekhova, a musician of immaculate studio and live pedigree.

Having a good knowledge of the nature of Russian listeners cultural preferences, Alexey decided to make Volnaya Staya his own musical project, with all music and songs’ lyrics written almost entirely by himself. The idea worked, and the debut CD of the band, produced by Alexey and called Staya (Flock) was released by CD-Maximum label in March 2007. Quite a few interviews with national media followed (includes influential Dark City magazine), and with an album full of songs combining rock’n’roll-oriented metal swagger and deeply emotional semi-ballads, the band became very welcome at many open airs all over Russia. Moreover, Volnaya Staya performed at some rock festivals outside of their home country, most notably at BasinFireFest ‘2007 in Czechia, and also at RockStars ‘2007 (Estonia) and Vienas Dangus ‘2008 (Lithuania) festivals, even in Uzbekistan (IOSIS Fest ‘2008). In 2008 Volnaya Staya was recognized worldwide with their cover version of Warlock’s “I Rule the Ruins” (1988) which was on the album Tribute to Steel: A Tribute to Warlock, released by German label Pure Steel Records.

The second Volnaya Staya album called Jackpot was recorded in slightly different line-up with the new drummer. And what a drummer! She’s Svetlana Molchanova herself, once a person of interest in such almost female bands, as Russian metal legends Markiza and Primadonna. Jackpot’s 11 original songs was written, arranged and produced by Alexey Strike (he also played all the keyboards) in his own studio once again, and lyrics for the song “Kaisya” (“Confess”) was created by front lady Xenia. And yes, those Warlock cover completed the forthcoming international version of the album.

This international version of Jackpot will be released via Metalism Records in the beginning of 2020. This international version will be released in the format of Jewel Case with 16-page booklet and completely different artwork as well as completely new song order compared to domestic Digipak CD release. Catchy, dynamic and heavy – what else you will say about Jackpot? Call it retro metal album of forward-thinking songs collection for the street kids of XXI century, you’ll be right in both ways!