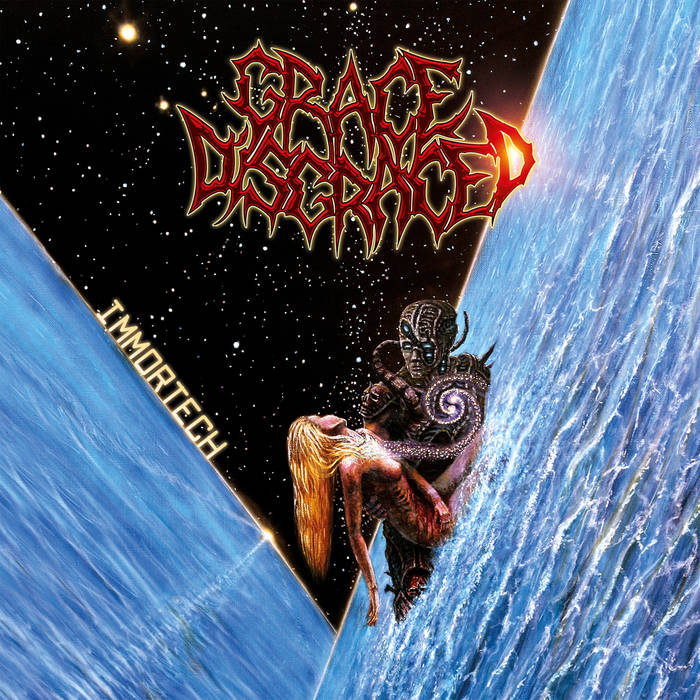 Thinking man’s heavy metal. This term means so much substyles and even band’s names for metalheads all around the world. But, speaking of substyles, here in Russia the very term “thinking man’s heavy metal” often means only one of them: progressive death metal or techno death metal. But why? It’s quite easy question to answer: back in the ‘90s both death metal and progressive metal was hottest and fashionable substyles of heavy metal, especially for forward-thinking music fans. Moreover, it’s always interesting to hear musicians playing on the edge of human possibilities, but using ultracomplex melodies, harmonies and rhythm patterns at the same time. So there’s nothing strange that nowadays such bands as Obscura and especially far more brutal-sounded Decrepit Birth and Psycroptic become the role models for so many young Russian metalheads in their own bands. This trend is still alive and well, when Russian bands stylistically perfected in such substyles – and formed a bit later, in 2000s – really come an age with their matured albums.

In fact, Moscow band Grace Disgraced is simply one of the best brutal-sounding bands in whole movement of thinking man’s heavy metal done Russian way. Formed back in 2004 by their frontlady and sole survivor founder member Polina “Grace Dis” Berezko this band found their guitar player and principal songwriter Aleksandr Klaptsov just in 2005, after a short period of line-up’s instability. Recording of demo Natural Death followed soon, and Grace Disgraced cemented its reputation as fine live band with quite a number of gigs in Moscow and some cities at south of Russia.

Recording of 4-track EP Materialized Expectation became a giant leap in band’s career, as it marked the start of cooperation with one of the best Russian metal producers of our time, namely Arkady Navaho. So, Arkady still band’s studio producer ever since. Although bass player position in the band still very unstable at the time, there was a great improvement in rhythm department nonetheless: Grace Disgraced’s new drummer became ace musician Andrey Ischenko of Arkona. After the release of first full-scale album Enthrallment Traced Grace Disgraced took Ukrainian tour (2012) with Italian bands Homicide Hagridden and Black Propoganda, and Russian headlining club tour year later. Next, high-tech musical nature of second and third albums The Primal Cause: Womanumental and Lasting Afterdeaths leads to the interest not only in mainland Europe, but on American soil as well. So, The Primal Cause: Womanumental was licensed by US-based label Razed Soul Productions, and Lasting Afterdeaths was released solely by this label. Short European tours also followed.

Grace Disgraced fourth album Immortech was released on June 30th, 2020 via Russian label Metalism Records. This powerful set consisted of 7 long pieces again (and yes, every one Grace Disgraced album had 7 tracks on it), from five to eight minutes each. Immortech immaculately produced by Arkady Navaho, and it sounded like technical death metal should sound these days in all senses of the term. And Grace Disgraced now can rise the flag of supergroup – bass parts on recordings supplied by no one other than well-known Metal Priest of Bestial Invasion and Violent Omen fame.

You can even call Immortech a concept album – every track is written about problems of connections between modern real world and virtual ones as well as immortality of the ruling elite. Band’s musicians even dare to call Immortech “a kind of metal opera, just like some Queensrÿche or Dream Theater’s bodies of work” – but made modern technical death metal way, of course. Moreover, there’s striking cover design of Alexey “Virus” Samusenko, originally made in oil on canvas technique, which shown dystopian / sci-fi concept of Immortech perfectly.